After StompFest, the Insect Surfers will be heading to Athens on Sunday, September 18th to perform at The World Famous with locals Forbidden Waves. 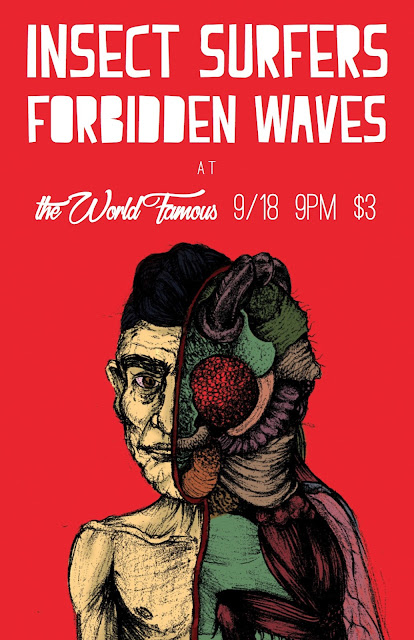 All ages welcome and cover is only $3!  Here's the link to the Facebook event page.
Posted by Chad Shivers at 3:26 PM No comments:

Here's what Hunter King from Storm Surge of Reverb has to say about "Garageland".

Crazy Aces have made a name in the surf world, but I think of them as more of a Ventures-styled band -- more twangy than drippy and focused primarily on melody. If you've enjoyed their previous records, I think you'll be all over "Scorpions", "Rudy's Revenge" and "Chop and Channel". It's hard to pick a favorite among them. Then they try their hand at spaghetti western with "Trail of the Mystery Men" which is much more cinematic sounding than I expect from them. They trade off a steady drum beat for for acoustic strumming, strings and background vocals. It's a much different sound for them, but they pull it off well.

Posted by Chad Shivers at 9:05 AM No comments: 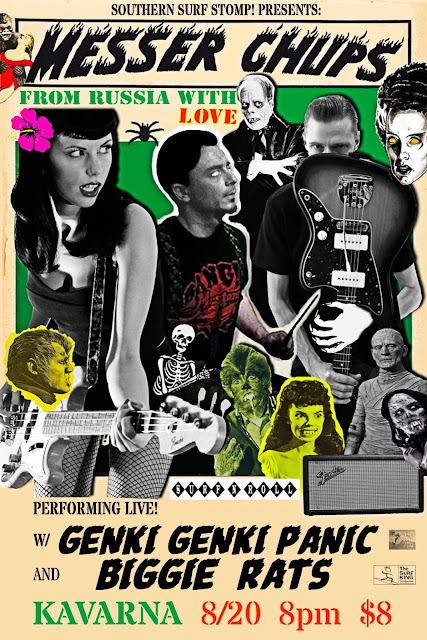 It is with great privilege that I announce our very first international show with St. Petersburg, Russia's Messer Chups!  This will be our third show featuring performers from this year's Surf Guitar 101 convention.  Joining them will be Chattanooga's premier luchador horror surf combo, Genki Genki Panic and Atlanta's own Biggie Rats, performing covers you actually want to hear from the punk and garage greats.
Posted by Chad Shivers at 9:03 AM No comments: