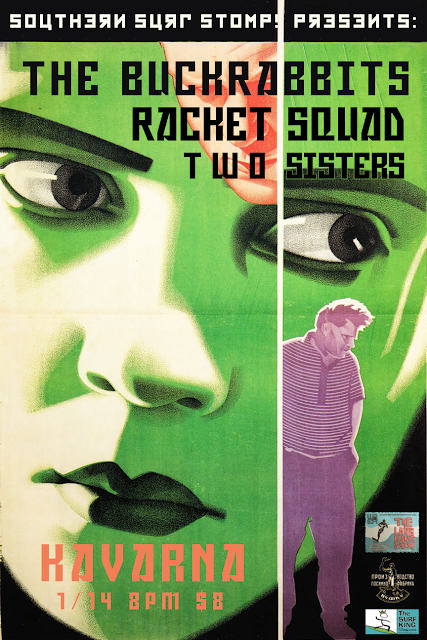 We're kicking off the new year with three new groups to the Stomp!  Montgomery, Alabama's The Buckrabbits are an instrumental surf punk trio heavily influenced by the likes of Link Wray and the Ramones.  You may have caught them at the Clarkston Surf Fest almost ten years ago(!) in 2008.  Making their debut, Racket Squad features members of The Surge! and I'm told will perform instrumentals which predate the surf genre, where tape delay was used in lieu of spring reverb as it had not yet been invented.  Maestro Eddie Katcher takes the helm so in my eyes the group can do no wrong and we're sure to be treated to another master class.  Two Sisters will provide the 'turf' portion of the evening with female fronted pop music in the vein of Neko Case and Camera Obscura.

Posted by Chad Shivers at 6:58 AM No comments: