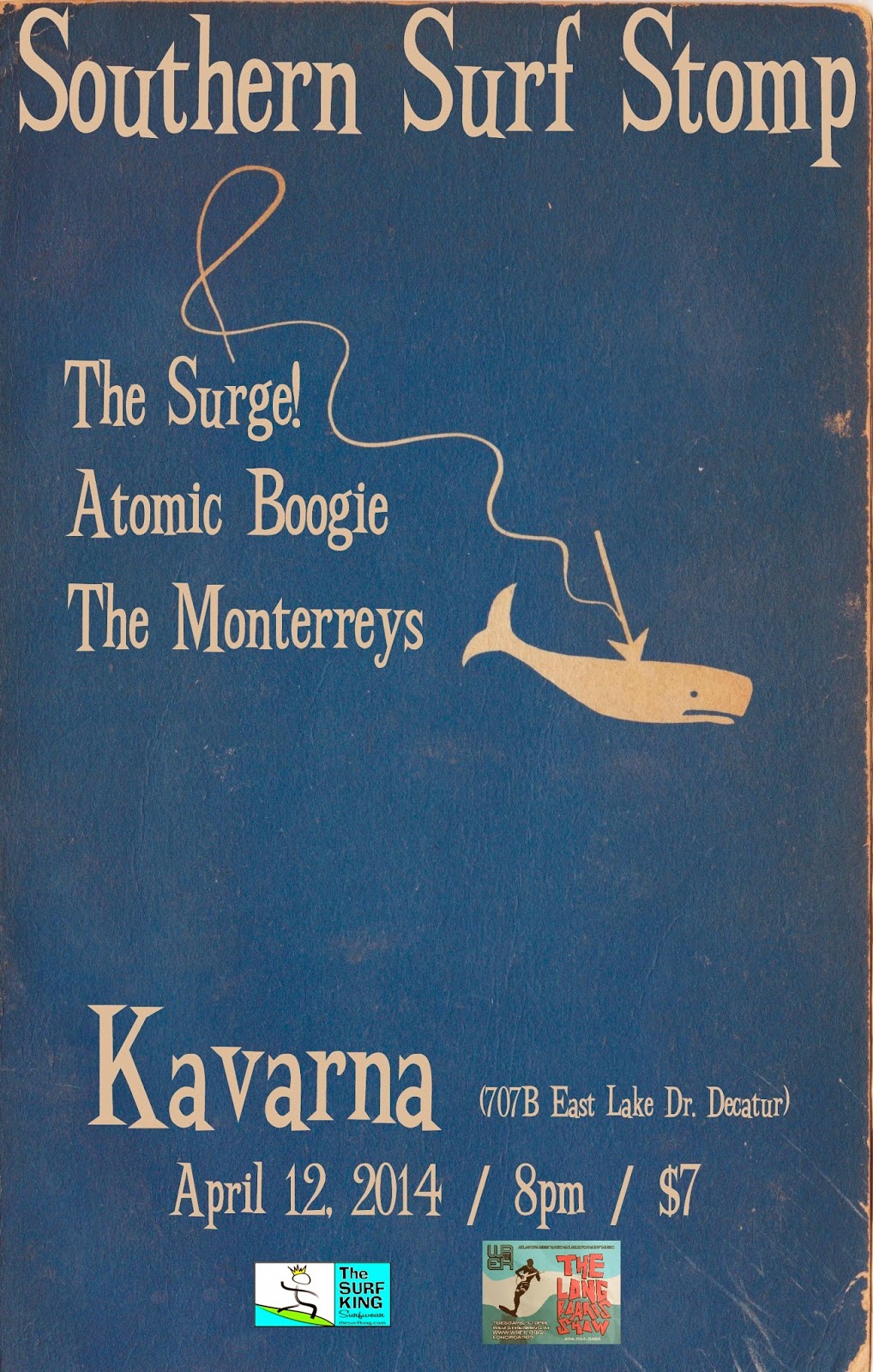 When you first see the Monterreys hit the stage you expect some sort of heavy, Southern rock but are instead knocked on your ass by energetic surf with a hint of flamenco.  These guys are a staple at Southern surf festivals with good reason as their live shows are excellent.

I have known members from Atlanta's The Surge! for a LONG time.  Eddie Katcher is a force with which to be reckoned.  Not only is Ed an astounding player, but a veritable encyclopedia of surf music history and gear, with a penchant for blondes (amps).  The Surge! plays the style as it was intended - loud and dripping with reverb.

Variety is the spice of life they say and for the first stomp, Atomic Boogie will offer it up in spades.  These guys play all things 'billy and blues: jump blues, rockabilly, psychobilly, country, Sun Records era rock 'n roll, you name it they probably play it.