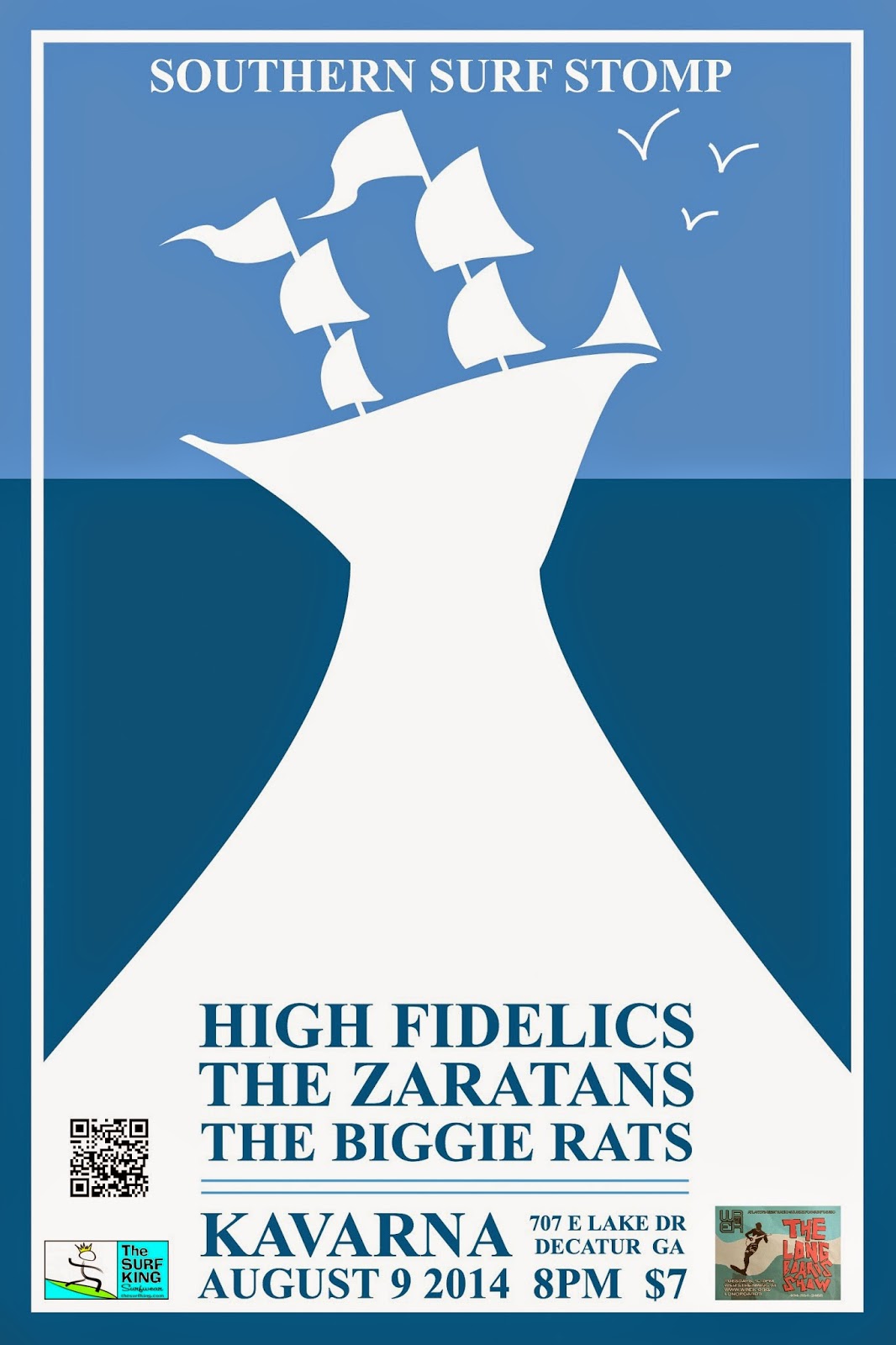 Birmingham's High Fidelics are quite an eclectic instro group including Edwin Cleverdon on guitar, Jeff Waites on bass/bass vi, Robert Huffman (who played with the legendary Penetrators) on organ/keys, and Ken Adams on drums.  Imagine equal parts Ventures and Booker T. & the M.G.'s being performed by a punk band and you'll have somewhat of an idea on their sound.  Their debut album is absolutely killer and rumor is they are working on a new one.

The Zaratans are also from B'ham and share High Fidelics member Jeff Waites.  These guys (and sometimes gal) play original and classic surf as well as old rock 'n roll and R 'n B.

The Biggie Rats feature members from surf/instro groups in Atlanta (Gemini 13 and Chad Shivers & the Silent Knights) and will perform a smoking set of covers from classic psych, garage, and punk.
Posted by Chad Shivers at 10:07 PM