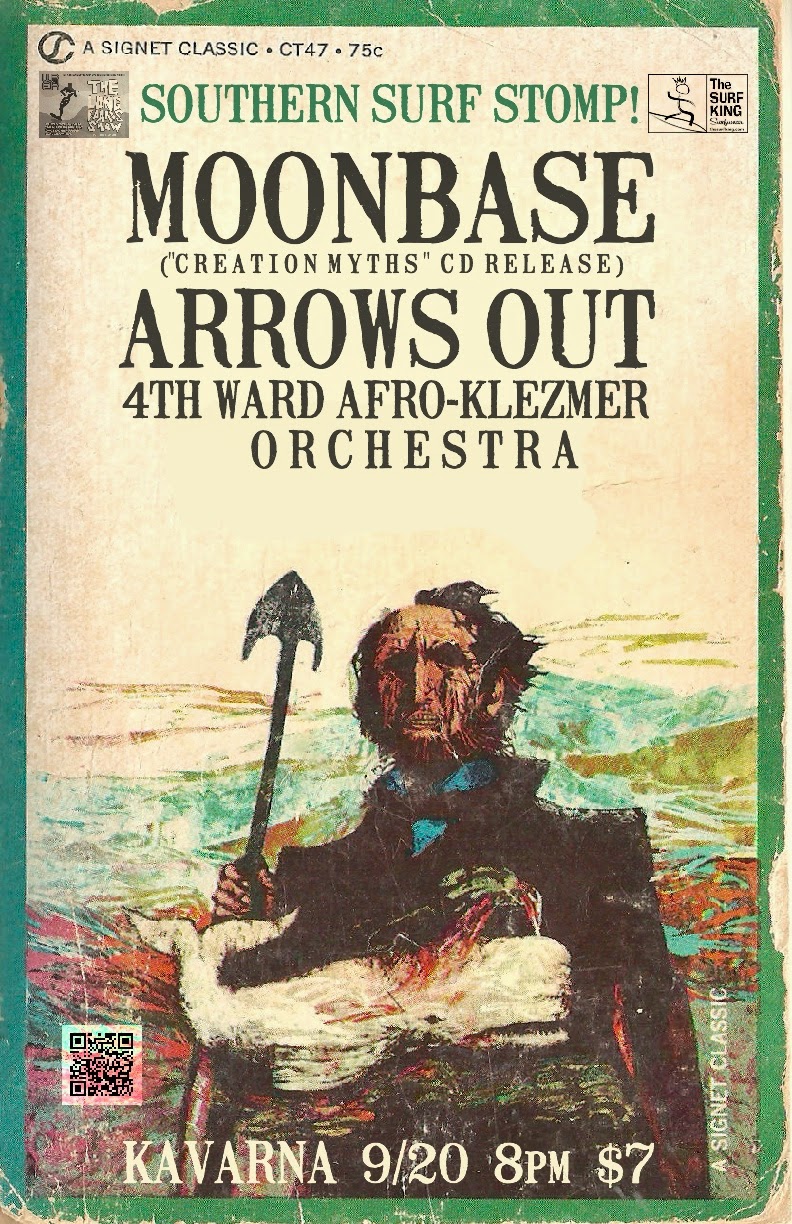 Yet another first for a stomp, with a CD release from my very own group, MOONBASE.  The band plays a progressive style of surf (if you can even call it that) that draws upon the past but pushes forward to the future.  Our debut, "Creation Myths", has been in the works for some time now (recorded by the Mystery Men's Jesse "Jay" Wallace Jr.), and we are excited to unleash it upon the world.

I first saw North Carolina's Arrows Out at Instro Summit 2013 and instantly fell in love.  They provide a dreamy, atmospheric soundtrack for the most beautiful indie film that doesn't exist.  While their twinkling melodies may be subtle, they captivate and surround you and will be in your head for days.

4th Ward Afro-Klezmer Orchestra is one of my favorite groups in town.  It can be quite difficult to describe the group so here is a description from their web site, "The 4th Ward Afro-Klezmer Orchestra is a nine-piece klezmer-funk-rock-jazz ensemble that performs original compositions and arrangements combining West African rhythms with Eastern European klezmer melodies. The 4WAKO boasts a roster of extraordinary veteran talent."