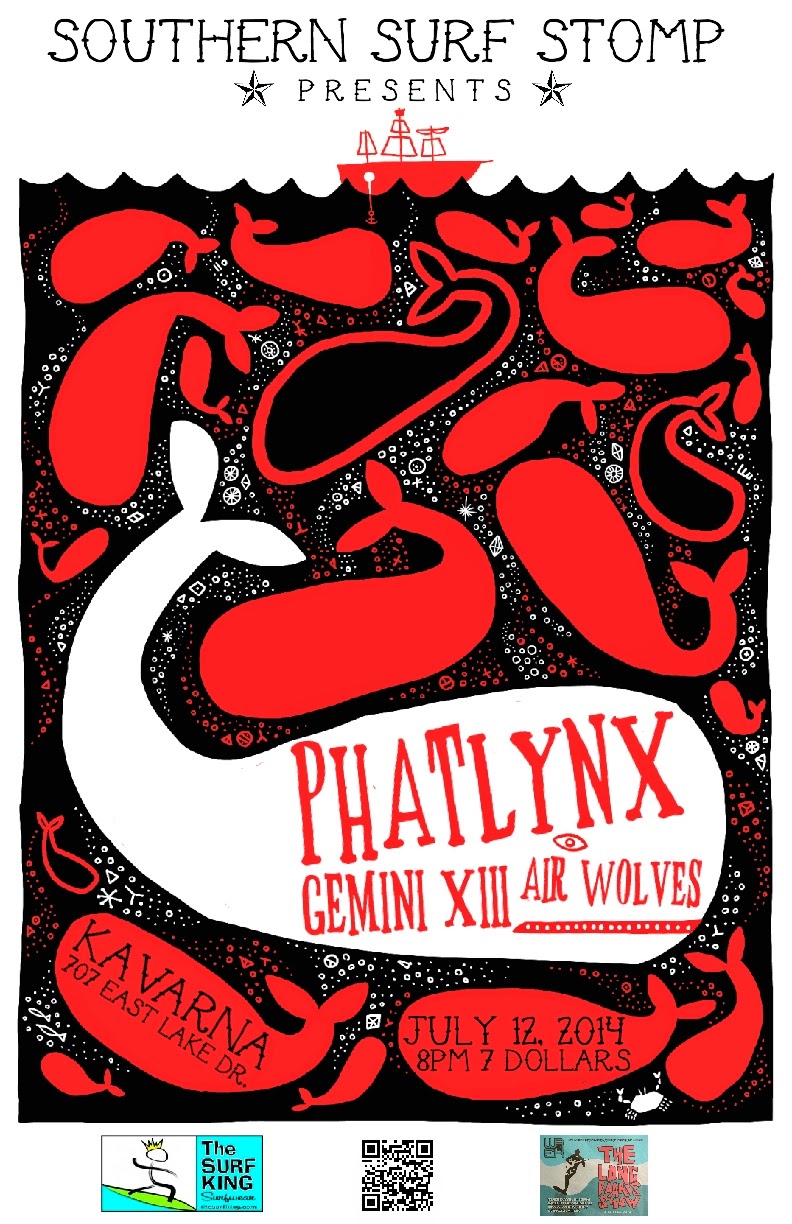 North Carolina's Phatlynx are the ultimate southern fried homage to Link Wray...and the other white meat.  In reality they are so much more, cooking up styles from surf, rockabilly, and R&B.  Crispy Bess, the group's leader, is a rock legend of epic proportions having played with Southern Culture on the Skids, Uncle Tupelo, and Tiny Tim...yes, THAT Tiny Tim.  Bess is also the organizer and promoter for the world's largest instrumental music festival, the Instro Summit.

Gemini XIII are relative newcomers to the Atlanta surf scene although member Lester Dragstedt has played a big role in the punk world since the 80's with his band The Nightporters.  The group started primarily as a cover band but has since focused on some very strong originals.  I am a big fan and supporter of this group and see some great things in their future.

Air Wolves feature former members of the Love Drunks and Can Can, and play gritty garage punk a la the Stooges.  The Wolves recently released their debut CD recorded by our friend John Breedlove from Hip To Death.