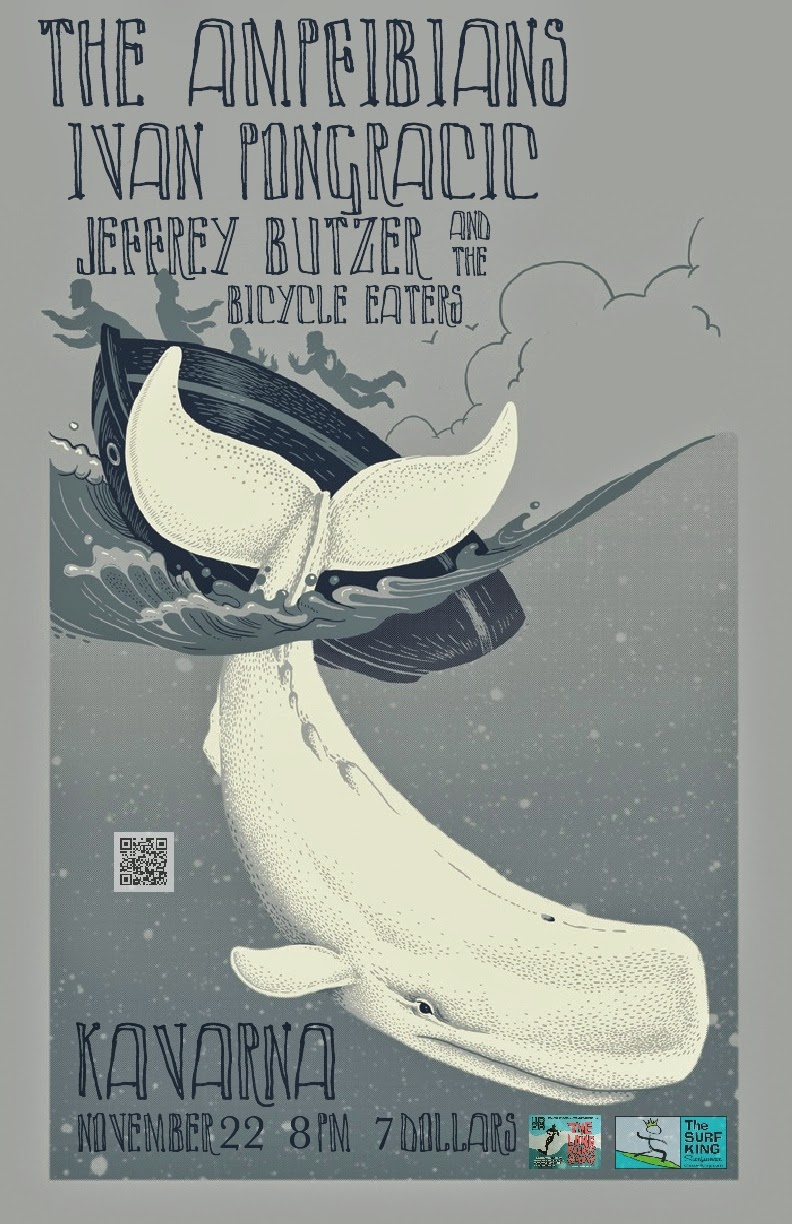 The AmpFibians are a trio from Cincinnati, Ohio which play groove oriented surf that borrows elements from spy themes, psychedelia, jazz, blues, and even raunchy R&B to make each tune a new experience.

Ivan Pongracic is a household name in the modern surf music scene and for good measure.  He has fronted two of the most legendary bands within the genre, The Space Cossacks (from 1996 to 2000) and The Madeira (from 2004 to present).  The Space Cossacks toured the US extensively and released three albums (including a greatest hits compilation) and a slew of singles and compilation appearances.  The Madeira has also toured the states extensively as well as Italy including a performance at the Surfer Joe Festival in Livorno.  They've released five albums including a live album, have been featured in Guitar Player magazine, and 2014 marks their 10th anniversary as a band.  His backing band for this particular show will feature members from The Mystery Men?, The Penetrators, The Surge, and Small Reactions.

Jeffrey Bützer is a multi-instrumentalist (piano, accordion, drums, guitar, and much more) with interests in many genres of music (including surf!).  With his band, he specializes in French chamber-pop with spaghetti western guitars.  The music is very cinematic and nostalgic without instantly conjuring any particular style, period, or band(s).  A bi-lingual vocalist (French/English), cellist, percussionist, guitarist, bassist, and drummer make up the septet of the Bicycle Eaters.
Posted by Chad Shivers at 5:09 PM No comments: